It's Monday! What Are You Reading? #6 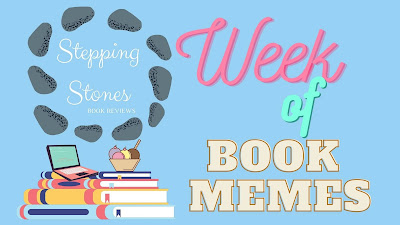 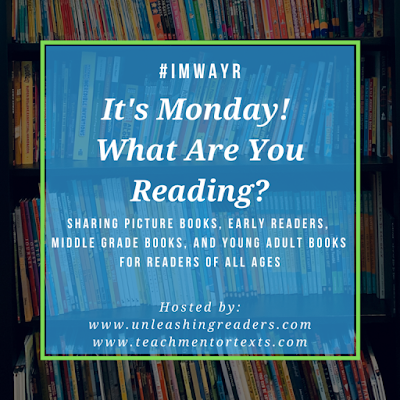 Hi, everyone! To celebrate my first full year of blogging on this site, I'm hosting another Week of Book Memes, which means my (usually) bimonthly #IMWAYR post! Like the last time I did this, I've been more focused on other things during these past few months, so my list will be more general, instead of focused on just last week.
To check out what I've been posting during past Week of Book Memes, click HERE.
Scroll below to view my list.
During the past few weeks, I've been going through the Avatar: The Last Airbender comic series, including The Search, The Rift, and Toph Beifong's Metalbending Academy. I also reread The Map To Everywhere (for the third time!) 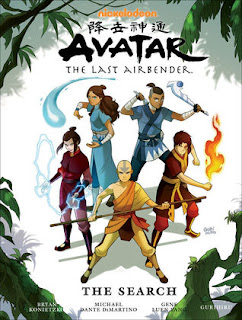 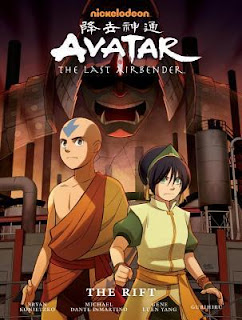 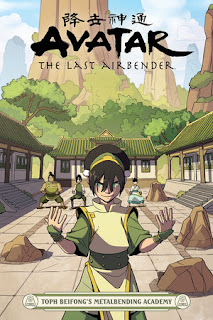 I just finished going through the Avatar show a few months ago and am still obsessed with the fandom, so it was fun for me to discover all of the comic adventures for the first time. I thought it was fascinating how they wrapped up the saga of Zuko's mother (even if I didn't agree with her choice), and continued to develop the characters and world. I also enjoyed comparing the different art styles between the main saga (by Gene Luen Yang) and Toph Beifong's Metalbending Academy (by Faith Erin Hicks and Peter Wartman). I think I enjoyed Toph's adventure because of its less serious vibe, but thought it was way too short for me to fully enjoy it. 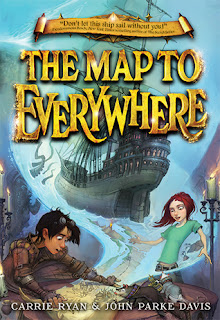 The Map To Everywhere, as always, was amazing. Despite already being familiar with the story, it wasn't hard to get swept up in the wonder of the worldbuilding and adventure. Fin and Marrill continue to be relatable, awesome, and a great team together. I'd 1000 percent recommend the story to anyone that hasn't read it! (Fun fact: I stumbled upon an Avatar reference in the book, which I hadn't picked up on earlier since I hadn't watched the show.) 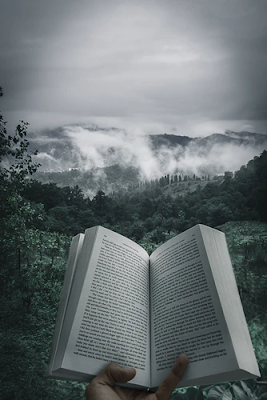 On the blog I started a new series called Bookish Opinions, in honor of Stepping Stones Book Reviews' blogiversary and as a way to discuss some of the hot topics in the literary world. So far I've posted about the impact of story lengths, different book formats, and disability/chronic illness representation in fiction. I'm also hosting my first giveaway via Goodreads, which you can find more about below!
I am currently reading (and hope to finish!) Smoke and Shadow, The Book Thief, and an ARC of Shadow, Kara Swanson's sequel to Dust! 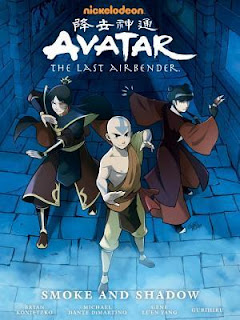 Synopsis: The Fire Nation is threatened by a prophecy told by the Kemurikage--mysterious figures thought only to exist in legend: "remove Zuko from the throne or the country will perish!" Unrest is brewing as the New Ozai Society prepares to make its move against the crown, and children begin to go missing from their homes under mysterious circumstances! Avatar Aang and his friends are doing everything in their power to save them--but will it be enough?! 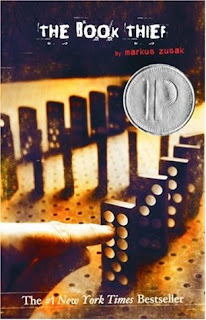 Synopsis:
When Death has a story to tell, you listen.
It is 1939. Nazi Germany. The country is holding its breath. Death has never been busier, and will become busier still.
Liesel Meminger is a foster girl living outside of Munich, who scratches out a meager existence for herself by stealing when she encounters something she can’t resist–books. With the help of her accordion-playing foster father, she learns to read and shares her stolen books with her neighbors during bombing raids as well as with the Jewish man hidden in her basement.
In superbly crafted writing that burns with intensity, award-winning author Markus Zusak, author of I Am the Messenger, has given us one of the most enduring stories of our time. 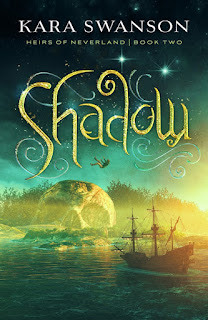 Synopsis: Desperate to rescue Claire and the fractured Lost Boys, Peter must unravel what truly tore his dreamland apart. But with each step, he is haunted by more of his own broken memories. Not even Pan himself is what he seems.
Claire Kenton is chained to a pirate ship, watching the wreckage of Neverland rocked by tempests. When she finally finds her brother, Connor is every bit as shattered as the island. Claire may have pixie dust flowing in her veins—but the light of Neverland is flickering dangerously close to going out forever.To rescue Neverland from the inescapable shadow, the boy who never grew up and the girl who grew up too fast will have to sacrifice the only thing they have left: each other.
Thanks for looking at my bookshelf with me. I hope you enjoyed reading about it!
What about you? Have you read or recognized any of the books I listed? What are YOU reading this week? If you also put a It's Monday! What Are You Reading? post on your blog, please link to it in the comments so I can check it out.
Like I mentioned earlier, I'm hosting my first giveaway via Goodreads, offering FREE, SIGNED COPIES of Kara Swanson's Dust and Kaley Rhea's Off-Script and Over-Caffeinated! Scroll below to find out how to enter. 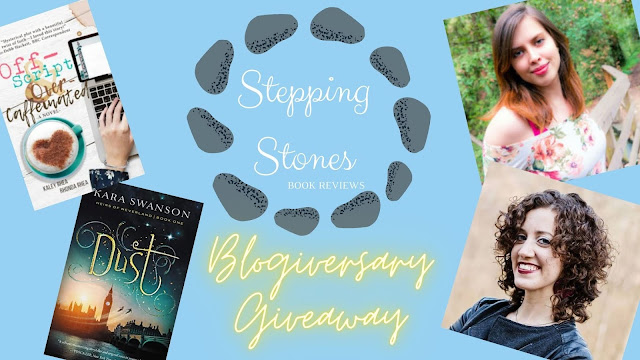 Tomorrow is the big day...the day I first started this blog! To celebrate, I'm posting a Top Ten Tuesday list about some of my favorite posts on here!
(Photo Credit: Koroush Qaffari of Unsplash)
Posted by JadeSky at 5:56 PM

Email ThisBlogThis!Share to TwitterShare to FacebookShare to Pinterest
Labels: It's Monday! What Are You Reading?, The Week of Book Memes