Hello! This week I'm thrilled to be posting an exclusive interview with Christopher Healy, the New York Times-recognized author of the Hero's Guide series and the A Perilous Journey of Danger and Mayhem books. Both are great stories that I highly recommend, and hope to review in separate posts on here soon. If you haven't heard of this author or any of his books, I strongly suggest you check him out...his work is bound to make you smile and think.

This interview is spoiler-free.

Writing and Wonder: An Interview with Christopher Healy
January 19, 2021 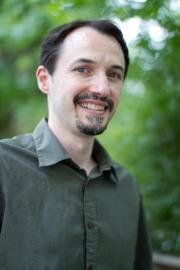 Thank you so much for joining me today. It was such an honor to feature this author on my blog, and I personally can't wait to read more of his future reads (and watch the upcoming movie, of course)!

Have you read any of Christopher Healy's books? If so, what did you think about them? If not, would you be interested in checking them out?

As always, review requests (for books and author interviews) are open! If you have a suggestion for a series or novel you'd love a content summary or my opinion on, just click on my newly revised Review Policy page, make sure your suggestion fits and then ask away! I have not gotten a lot of requests through my readers and would love to get more.

Another announcement I'd like to make in this post is that the Turning Point Short Story Contest (open to all 9-13 year olds) has extended its deadline to February 28, 2021. So if you know of any young writers who would be interested in entering, send them this way! Even if you're too old to be a contestant, you can still get in on the fun by entering in a free giveaway to receive four of S.D. Smith's Green Ember books in audiobook format AND a $15 Amazon gift card. Click here to enter the giveaway, and click here to check out the contest guidelines and how to enter.

Next week join me for a fascinating take on Russian history...