Hi again! *waves from unexpected hiatus* Sorry for the long wait. Again, school and my schedule have hit me harder than I expected, which has led to me not posting.

It may seem now like my blog is reduced to monthly updates and blog tags, but I'm hoping to get back into book reviews and other fun things soon. Again, thanks for being patient with me.

Today, Stepping Stones Book Reviews receives another honor: one of the first to send a blog tag out in the world! Stick around to watch me answer a few questions about how I write characters, as well as a couple of my favorites. 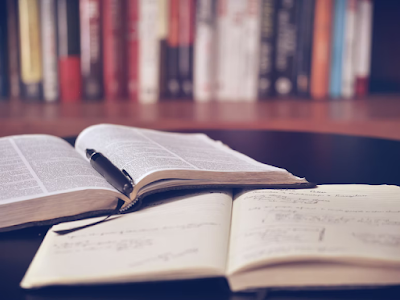 (This photo was taken by Aaron Burden of Unsplash.)
Here's how to participate in the tag:
Below are my answers to the questions.
Who's your favorite character you've ever created?

Hmmm, this is a tough one...I love them all for different reasons! I do confess that I have a soft spot in my heart for Devin, the main character of my first novel (Dragon Academy). I originally wrote him as a polite, reserved hero, but after going through an exercise with him riding a rocket ship, I found he was more interesting with a sarcastic streak. The rest of who he is stemmed out from there. Even now, I constantly find myself appreciating cynical, determined loners in other stories, simply because they remind me of my journey with him.

Which of your characters is most like you, and why?

Definitely Lizzie Peterson (also from Dragon Academy). She and I have the same optimistic, friendly, and open-hearted personalities as well as big dreams we want to chase. While she wants nothing more than to be a hero, despite what her family and village says, I'm aiming to become a full-time-writer despite the odds of breaking into the traditional publishing industry. As of now, she's living her dream, but mine is yet to be decided 😁

Which of your characters is least like you, and why?

This is harder for me to answer than I thought...I think I'm going to branch out and say none of them? Even the villains and heroes that seem totally unlike me on the surface, I feel, have characteristics and life situations that echo my own in a particular way.
What is the personality of the main character of your current work-in-progress?

I have two official works in progress right now: the rough draft of a trilogy, and a superhero series that hasn't been fully developed yet. Since I'm not entirely sure how to describe the main character of my trilogy, I'm going to share a bit more about my first main superhero character.

This is a character I've created recently, over a college writing camp this summer. The other people in my program and I were instructed to come up with a list of names, pick a partner, and swap lists. Then, we each got to pick a name we liked and make a character based off of it. One of the names on my partner's list was Barlett Kenneth Joe. At first I was drawn to the name Barlett more than anything else, and thought about dropping the "Kenneth Joe" to make it more fantasy-sounding. However, part of me wanted to challenge myself, so I started trying to think of ways that I could use the name as part of who the character was.

Eventually, I decided on making the name Barlett a symbol of its uniqueness to the person. For now at least, Barlett's mother and late father created the name specifically for him, which means that the character puts pressure on himself to "live up to it." As well as dealing with his way of processing grief, this quiet teenage boy also struggles with a few mental health issues, including social anxiety. Despite all this, he's a kindhearted soul that wants nothing more than to find his place in the world.

I've never written a character like Barlett before, but I'm excited to see how his ongoing journey challenges me. Currently, I've been developing who he is through an rpg with some friends, which has been awesome.

There are so many tropes to choose from, but I've found myself really liking the "wise old man" archetype. Call me cliche, but there's just something awesome for me about both old and new generations investing in each other. I also tend to like the comic relief characters (when not overdone or overused).

Fill in the blank: I have a disproportionate number of ________ characters.

My answer for this would be snarky. Try as I might, over half of my main characters (especially the heroes) have at least a teeny sarcastic streak. This means that when I have more than one in a scene, they'll usually end up bantering sooner or later.

I'm not exactly sure why this happens to me: I like to say it's my own hidden side (or appreciation) of rapid-fire, snarky quips showing. But, honestly, part of me has no idea. Like it or not, when I work on anything remotely fictional the snark basically writes itself in the story.

What type of character would you like to write someday?
Ooh, there are so many, honestly! One of the highest on my list would be a well rounded villain. While I wouldn't say all of my antagonists are flat or boring, I definitely know I can do better in the future. Ideally, I'd be able to write someone that's the perfect balance of scary without being over-the-top and well developed without being too telling or obvious.

Think of your characters as people, and their personality traits/past as cause-and-effect. Don't just slap a bunch of adjectives and one-sentence descriptions and call it a day; take time to truly know what interacting with them would be like. I usually like to understand a character's voice and personality to the point where I can think about something as random as a favorite ice cream flavor, and more or less be able to answer based on what I already know about them and what they prefer.

Thanks for reading my answers to this blog tag!

What about you? What would your answers be to the questions? Don't hesitate to send a comment sharing your thoughts: I would love to hear from you!

Due to my schedule/motivation/etc., I'm not sure when the next post will come out...Hopefully soon though! I will continue to stick to my promise of posting on Fridays.